PASS is the brainchild of Barry John Frost, an avid follower of a wide range of sports with a long-standing involvement in performance sports.

Barry’s love of sport and his fascination in sporting performance is evident in his wide ranging knowledge and experience. Qualified in coaching science, he became a full-time analyst for the England Senior Squad during the Rugby League World Cup in 2013. From there he spent 18 months working as Head of Performance Analysis with Salford Red Devils before moving to a full-time consultancy role for England Rugby League as Head of Human Performance and Analytics and Head of Performance Analysis for the England Senior Squad.

Building on his qualification in coaching science, Barry has now progressed to a Masters’ degree in sports coaching, which he is currently completing.

“I firmly believe that Performance Analysis is essential to long-term success and a winning performance. My aim is to supply an elite level of Performance analysis to coaches, athletes and teams, and improve performance both individually and as a Squad.” 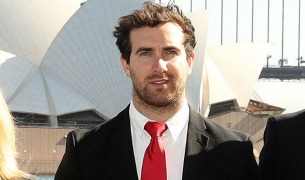 As used by
England Rugby League